Is a new Great Depression coming?

Is a new Great Depression coming? 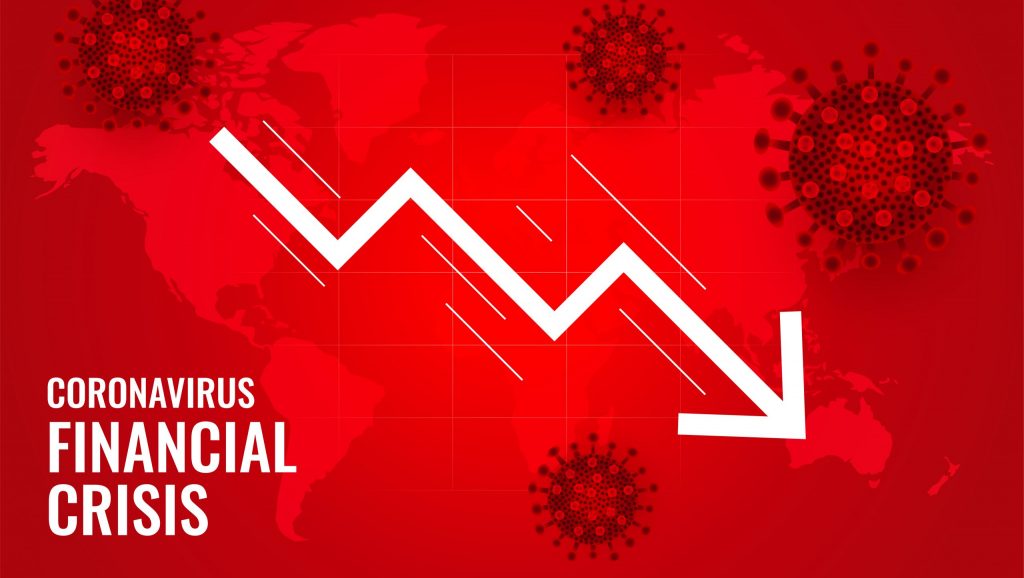 As a result of the global pandemic, world – renowned economists forecast a crisis more severe than the Great Depression of 1929-1934. However, the causes and scope of the two crises are very different to compare. A century ago, there was a deep crisis of ‘pure capitalism’ and the ‘free market’, which broke down and the crisis lasted until a new balance was found between common supply and demand with the support of the state as an economic agent. Since it lasted for years, we’re actually talking about the Great Depression, which according to various analysts, lasted until World War II. It mainly affected the United States and some developed countries (except for Japan). In Bulgaria, for example, after a short shake of the banking system, the crisis was almost not felt.

The current economic crisis due to the pandemic is a crisis of global supply chains, in other words a crisis of global connectivity. However, it is rather an occasion and accelerator of the long-awaited recession after the record-breaking upward economic cycle. However, global connectivity does not presuppose a long depression, but a gradual readjustment of supply chains in order to address future logistics risks, consolidation of new digital economic models in most industries, increased robotization of industries. Although seemingly unrelated, they have one thing in common – greater autonomy and resilience of businesses to the human factor that has suffered in this pandemic and destroyed many of them. Given the unknown duration of the pandemic, economic growth can only be expected after its end. And this may take more than a year.

By the end of the pandemic, central banks will play a central role for economy. Their monetary policy in the 21st century has little to do with that of the last century and it will take time for its new role to be understood. Usually we talk only about the danger of money supply growth (quantitative facilitation), but much less about the needs of the global economy and its dependence on 3-4 currencies as foreign exchange reserves. It is this dependence that allows the policies of large central banks – as long as there is confidence in these currencies. The other powerful factor in this direction is the electronic money, which is entirely dominant in all transactions, since their mobility allows the use of powerful tools to influence economic processes.

However, it must be acknowledged that there is also a counter-tendency that leads to a rapid decline in the value of money over time. One such factor is precisely the almost unlimited increase in the money supply. Other factors are the low capital intensity of technologies in the information economy, the increasing importance of intellectual property and the declining importance of material resources. Generally speaking, reducing the limit value per unit of tangible product. An important factor in the future will be cryptocurrencies, etc.

Which trend will prevail will depend on the prospects for economic growth of the countries with the highest indebtedness, Italy in particular. This is because the other two largest debtors, the United States and Japan, have their own currencies and money printing, and Italy does not. The same applies for other significant debtors such as Greece, Portugal, France and Belgium. This means that difficult times are ahead for the Eurozone, because only economic growth pays off debts. Whether and how much economic growth will be observed in the EU after the crisis is more of a geopolitical than a strictly economic issue. In particular, the rearrangement of global supply chains and China’s global role after the crisis: whether it will continue to grow or, conversely, will decline. No less important will be the US policy after the elections. Trump’s remaining for another term will be bad news for Europe.

In this context comes the answer to the question of whether we will face high inflation. Without growth this is unlikely, rather deflation is possible. The factors of high unemployment and weak consumer demand will also play a role in that direction. This does not preclude a significant rise in the prices of some temporarily scarce goods, for the supply of which Europe has depended on other continents, but hardly any lasting high inflation. The policy of the ECB’s „printing house“ will depend on its values.

Recovery goes through different phases and in each of them will require a different „cocktail“ of tools. At the moment, the key is saving the liquidity of the companies in order to survive and keep – as much as possible – jobs. The analogy between companies and people is not unjustified: to save a human life you need emergency medical care and any delay can be fatal, and the birth of a new person takes at least nine months. Thus, it is cheaper for companies – both for the states and the societies – to be maintained for several months during the crisis, than for new companies to be established, which at some point will be expected to reach the same stage of development, market share and employment as the liquidated ones. This is well understood in most EU countries, unlike here. That is why the role of the ECB is critical, because it expands the weak fiscal capacity of most EU budgets to provide bailout packages.

Following the ’emergency care’, the promotion of innovation will be critical to the future of the European economy. Europe’s lag in digital technology and artificial intelligence compared to China and the United States is drastic. In practice, information exchange in Europe takes place mainly through American digital platforms. And if China’s 5G data technology, the backbone of information economy, develops and establishes, Europe will be dependent on two other players. Even three if it fails to take effective action against the Russian fake news and cyberattacks. The problem at the moment is not that there are no innovations, but that they cannot grow into sustainable business models. There are many reasons: the lack of adequate financial instruments to support startups; the ability of mainly American companies (but not only) to buy innovation at an early stage, namely by providing funding and last but not least – the overly complex way to scale and commercialize innovation in the EU, due to the numerous and severe bureaucratic hurdles of the so-called common market. We should not omit the obstacles to mergers and acquisitions within the EU, which would create European champions – companies that would return the lost place of Europe in the top global companies.

In addition to promoting innovation, barriers to the common market can be circumvented by setting up companies with a European jurisdiction, i.e. not to be subject to any national government, but to pay taxes to and be controlled by the European Commission. Thus the EU will very quickly become adequate to the needs of consolidating resources in the private sector in order to become globally competitive.

The current crisis has unexpectedly achieved some of the goals of the Green Deal – we are certainly much closer to the goal of a neutral carbon economy today than we were two months ago. This will re-arrange the plans and instruments for achieving its goals. Part of the mobilized budget of 1 trillion euro has been redirected to dealing with the consequences of the health and economic crisis. Because the health and well-being of people in a sustainable environment is precisely the ultimate goal of the Green Deal.

However, there is something else that is quite important. The Green deal became the next major unifying cause of the EU, which had lost its direction after achieving the goal of creating a common currency 20 years ago. Now the Covid-19 crisis – despite the disunity in the beginning – is a huge chance for the EU to unite around a common agenda. Because, paradoxically, nothing makes the problems of all countries as common as a deep crisis like the current one, along with the need for common solutions and strategy for their implementation.

These problems have been recognized and many new financial instruments are currently operating or are being prepared, which will reach real innovators, bypassing bureaucracies, especially in national states. Europe’s problems come precisely from the national states, not from Brussels, which is, in effect, carrying out the will of national leaders or waiting for their determination for closer integration, both on the common market and in budgetary policies. In this direction, radical reforms are needed in the EU to centralize more powers of the European Parliament and the European Commission, which are more accountable to European citizens than to the national leaders in the European Council. This is the EU’s Achilles’ heel – the lack of an effective state that is competitive to the United States and China. So far, the gaps are being filled by the ECB, incl. through the negative interest rate policy.  However, monetary policy alone is insufficient. That’s why the Covid-19 bond plan is difficult, because the Nordic countries do not want their reputation and credit rating to become „guarantors“ of debt, which will be used mainly by the EU South. Nordic countries should not be blamed, the problem is the fact that existing instruments such as the European Stabilization Mechanism have not yet proved their effectiveness and potential for dealing with crises. Without this, the EU will not be able to move to the next integration phase by issuing common bonds without a single sovereign behind them.

The EU is facing a difficult choice: either to experience the painfully ongoing utopias about the ability of individual nation states to deal with the frequent global crises; or to boldly take a course towards accelerated European integration and quasi-federation in order to be a competitive player in global geopolitics in defending its own interests.